In 2017, according to a survey by CNN Travel surveying over 35,000 people, Thai food was one of the most revered cuisines in the world, with a total of seven dishes being mentioned in the Top 50 list. There is no wonder why Thai food ranks that high on the list; after all, all those dishes will tickle your senses, with a mix of sweet, sour, salt, umami and a dash of spiciness.

Generally speaking, Thai cuisine can be divided into five different categories, representing the five regions of the country: the north, the northeast, also known as Isaan, the central regions, Bangkok and the south.

A typical meal in Thailand is a meal that is made to be shared among people. It is very common for everyone to receive a plate of rice with a selection of several dishes in the middle of the table. From there, simply grab whatever you fancy from the center of the table to your plate and enjoy the food.

A common misconception is that Thai people use chopsticks; they do not, well except if they are eating noodles, Chinese or Japanese food. In Thailand, your weapons of choice will be a spoon and a fork. You can then use your fork to push the food onto the spoon and take it from there.

While rice plays a big role in the food culture, it can be substituted with noodles in some case, or completely withdrawn from the table depending on the type of food you order. 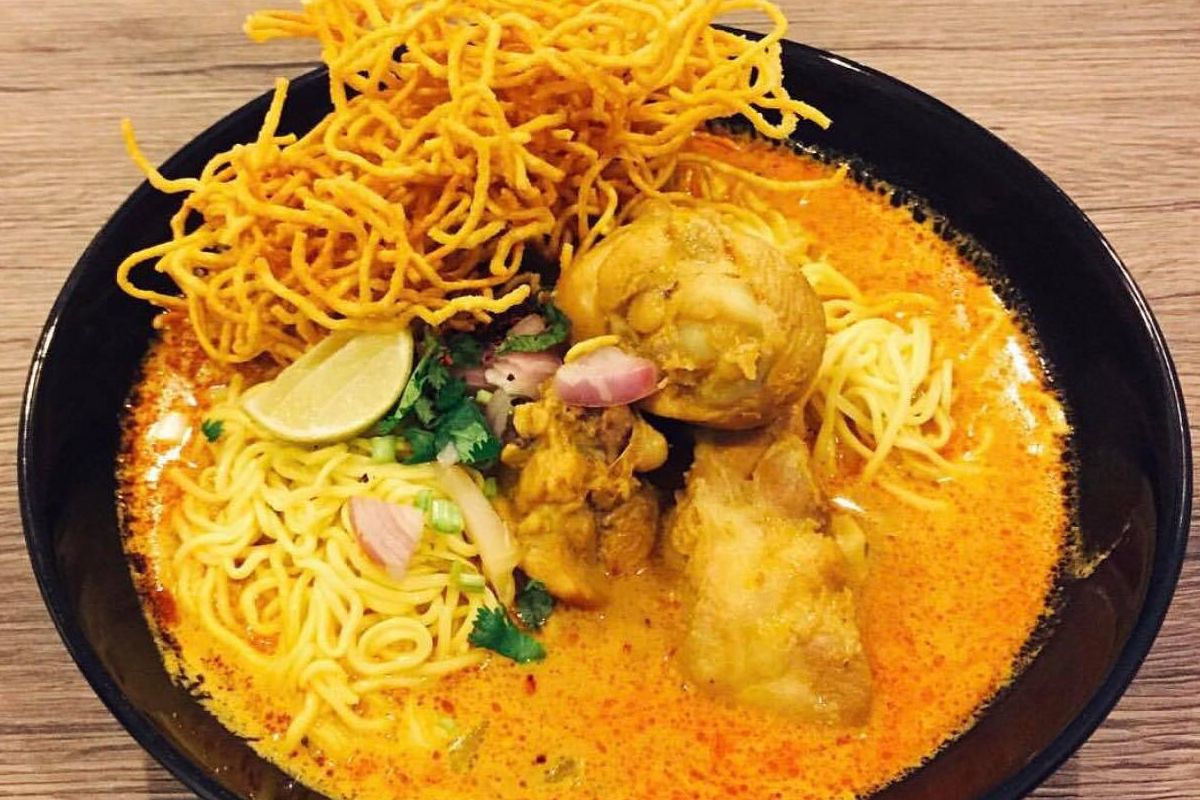 Sometimes referred to as Lanna food, dishes from the north are delicious to eat and often contrast with the rest of the country, as they rarely use coconut milk in their making. If your spicy level is rather low, then this is the type of food you would love to eat, as it is rather mild compared to the other regions.

Some of the popular items are Khao Soi, a mix of soft and crispy egg noodles served in a curry-like soup, usually alongside chicken, Sai Ua, a traditional and spicy pork sausage stuffed with aromatic spices, Nam Prik Num, a spicy, grilled green pepper paste usually served with pork rinds, dip veggies or sticky rice, and Gaeng Hunglay, which is a mildly spicy curry with melt-in-the-mouth pork belly.

Have you ever heard of Tom Yum? Thailand’s most iconic soup initially originated from the central region alongside other classics such as Gaeng Kiaw Waan, or green curry, and Panaeng, both of them being based on coconut milk. You can order those with either chicken, pork, beef or even seafood and it pairs wonderfully with Thai traditional rice, Hom Mali, or jasmine rice in English. Most of those dishes come with a hint of spice, but can still be enjoyed in most restaurants to your liking, by letting the staff know if you can eat spicy food or not.

In Bangkok, many menus are also influenced by the Royal Palace kitchen. Chao Wang (Palace People) food is known for its delicacy and exquisiteness. Some items are still made using the very original recipe and some of them are really rare to find such as Roum, a mouthful snack of minced pork with vegetable, shallot, garlic, pepper, coriander root and wrapped with an egg net, Gaeng Run Juan, a mild spicy clear beef soup using shrimp paste as the star ingredient alongside other spices. 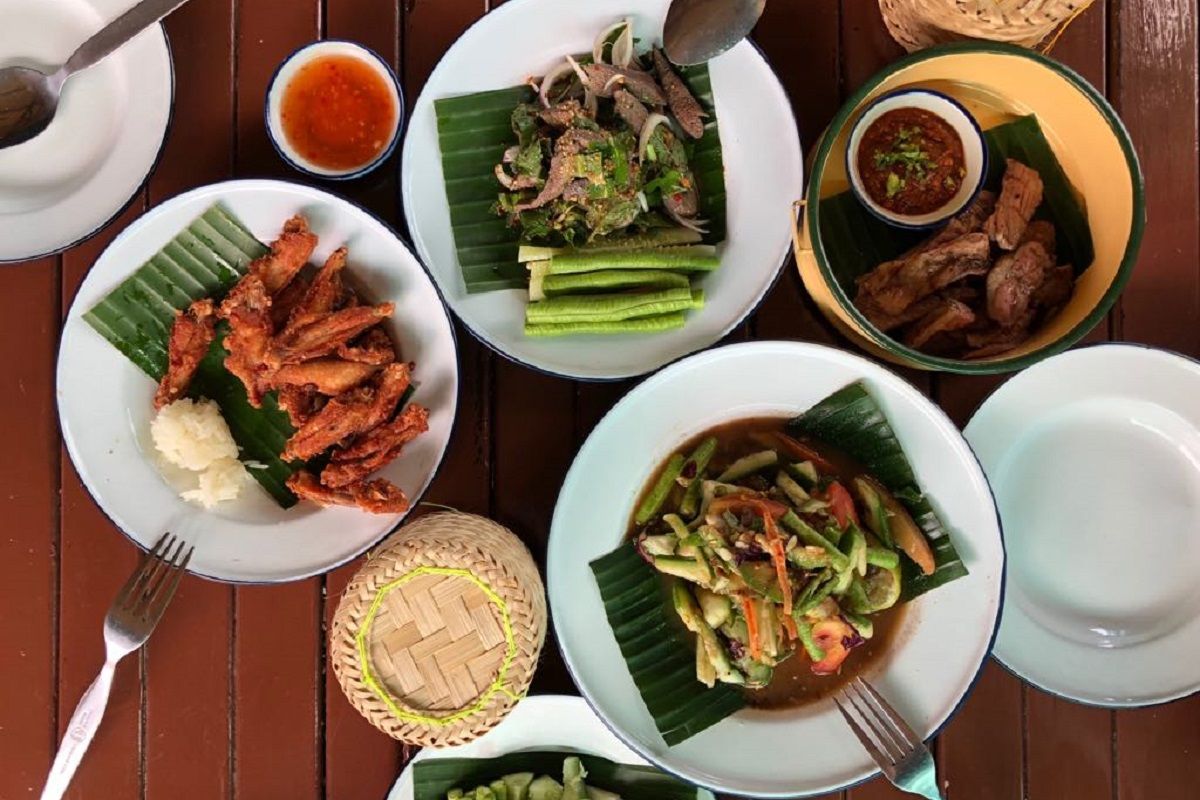 Isaan is the largest region of the Kingdom of Thailand and its food is heavily influenced by Lao, with which it shares a common border. The food there is a lot spicier than its northern counterpart and has become generalized throughout the country, so it is fairly easy to find an Isaan restaurant when staying in Phuket.

The must-try items would be Som Tam, a spicy papaya salad composed of tomato, long bean, dried shrimp, peanuts, chili and lime. You can make it even more traditional by asking a Som Tam Poo Plara, a fermented fish marinated in salt and roasted rice powder while the crabs (Poo) are usually salted mini crab that add up flavors in the dish. Larb is another classic dish from this region and can be described as mincely chopped meat with lime and red chili, best eaten with some rice, or traditionally sticky rice, to tolerate the spice level. There is a raw version of the dish as well, named Larb Luerd or Goi, which comes with raw pork or beef and an extra dash of blood; not for the faint-hearted minds. 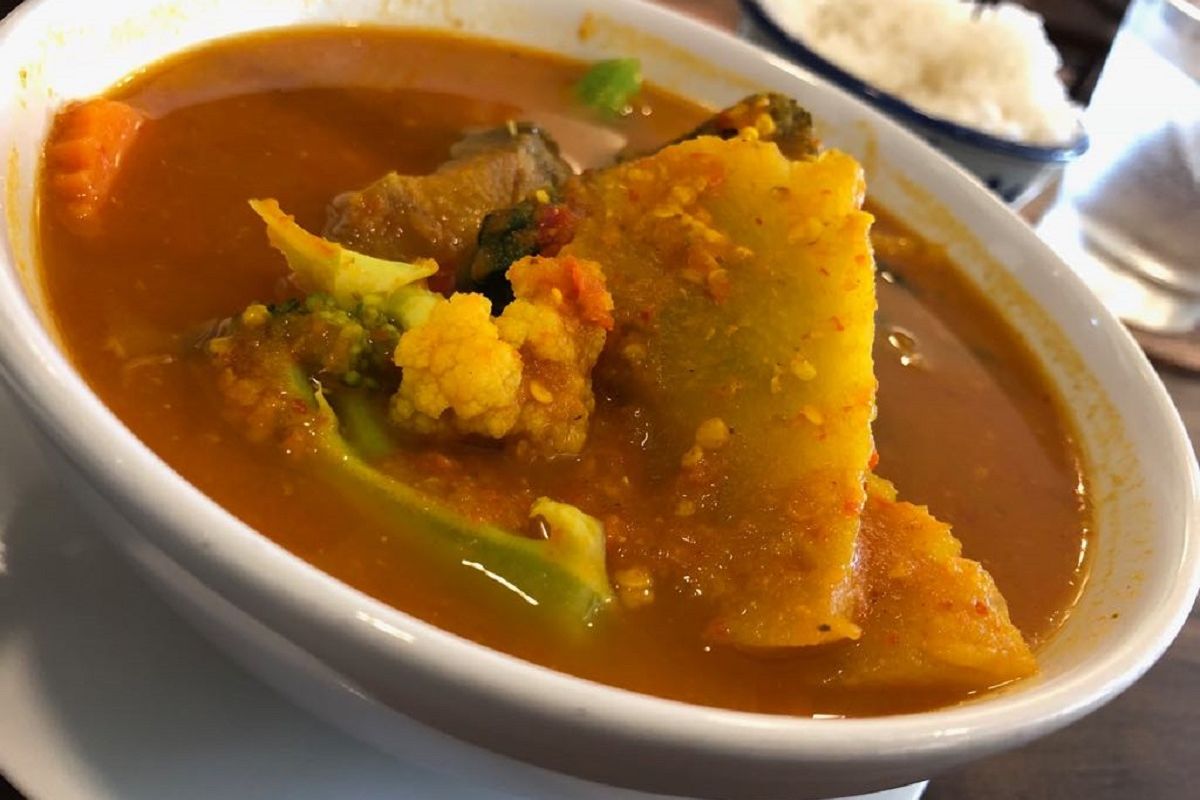 Southern Thai food offers an eclectic mix being influenced by both China, at the time when the Hokkien Chinese settled in the south to work in the tin mines, and Muslim culture, having a common border with Malaysia in the south.

A good seafood should always be on the menu, as the region is surrounded by the sea on each coast, though you will find various food based on land proteins as well. Some of the most well-known southern dishes are Gaeng Som, a spicy and sour soup, usually appears in yellow color and is served with fish and a choice of vegetables, such as young coconut tips or it can be served with shrimps and omelet, Moo Hong, a pork belly stew packed with flavors, and Nam Chub Yum, a chili paste that comes with fresh shrimps, shrimp paste with fresh chili and lime, served alongside vegetables. People in the south also love roti, a typical Indian bread, which is served as is, with a selection of curries, or with some condensed milk or chocolate.